There were two main types of engine used in the Avro Lancaster Bomber. The Rolls-Royce Merlin, and the Bristol Hercules. The majority of aircraft built, [95%] used the Rolls-Royce Merlin, 60 degree, V12, petrol engine. The Merlin, was water cooled [30% Glycol], using wet-liner technology. Serious design of the Merlin, started around 1933. Its flying days started in 1935, giving a good span of development time before being required in volume for Aircraft to defend our Nation, during 1939-45. When the first Merlin I was built, Rolls-Royce employed less than 7,000 people. By the end of World War II, the Company employed over 55,000 people. 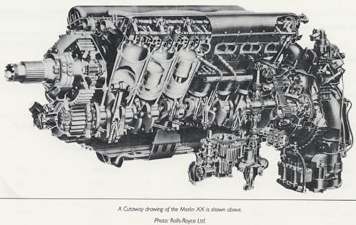 The engine was a veritable mass of gears. The sketch below shows this to great effect. Each bank had a single overhead camshaft, opening and closing four valves [exhaust valves had sodium cooled stems] per cylinder, using long rocker arms. Pistons were a forged design, of 6 to 1 compression ratio. The connecting rods were steel forgings, two per crank throw, six throws in all. Engine lubrication was of the dry sump type, with one pressure side and two scavenge sides. In the drawing below, the pickup tube can clearly be seen in the shallow sump pan. The coloured drawing, shows the lubrication path. At the rear of the engine sat the centrifugal supercharger. This blew down a tube in the centre of the engine, with manifolds leading off to the inlet ports. The carburettor was mounted at the rear, on the bottom of the supercharger, [updraft]. The British Merlin used an SU carb, and the American Packard Merlin used a Bendix Stromberg pressure injected carb. 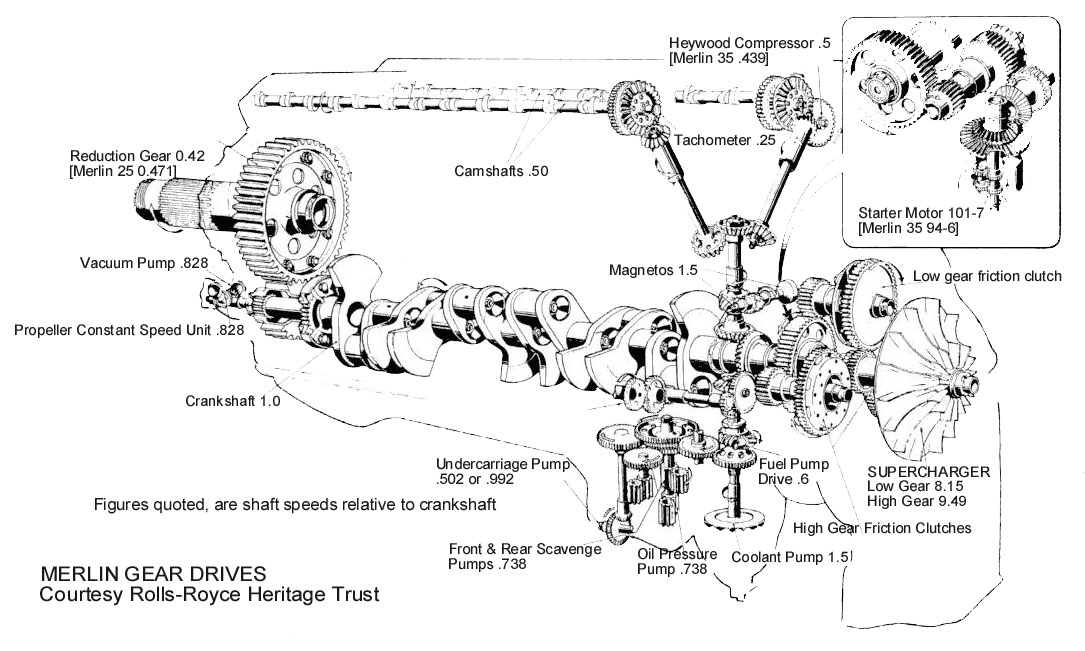 The Merlin weighed in at a sprightly 1430 lbs [XX version]. Propellors used on the Merlin, were RH tractor.
The Rolls-Royce Merlin was and still is, an amazing engine, a true British thoroughbred. After the War, a good many racing car engines owed their true heritage, in part, to the fabulous Rolls-Royce Merlin V12.

The Bristol Aeroplane Co Ltd, was founded in 1910. The company designed and started to produce radial air-cooled aero-engines in 1920. From 1936 up to the end of the War in Europe, Bristol built over 101,000 engines, 54,700 of which, were the Hercules version. The Bristol Hercules Mk VI & XVI, was used in some 300 Avro Lancaster Mk II’s, reaching Squadron service. This engine had 14 air cooled cylinders arranged in twin rows, staggered radially around the crankcase. The crankshaft is in three sections, and incorporates Saloman dampers in each crankweb to damp out torsional vibration. Unlike the Merlin, which used conventional “poppet” valves, the Hercules used a sleeve valve system. Each cylinder assembly comprises an aluminium alloy cylinder barrel in which a steel-alloy sleeve operates. The sleeve moves inside the barrel, controlled by an eccentric crank. This allowed the gases to come in and out of the cylinder. Timing overlap came out at 40 degrees.
With a cylinder bore of 5.75″ and a stroke of 6.5″, the cubic capacity came out at a massive 2,363 cu inches, or 38,723cc. [24 times larger than a 1,600cc Ford Focus engine!] Weighing in at 1,930 lbs, the Hercules was no lightweight. Mounted at the rear of the engine, the single stage, two speed supercharger had a low gear ratio of 6.68 to 1, and high gear of 8.35 to 1. Opposite to the Merlin V12, the Hercules propellor, turned to the left.
One would assume that the extra weight, and greater frontal area, would adversely affect the performance of the Lancaster II. In the case of the service ceiling, this was a correct assumption. With regard to cruising speed and take off run, these figures were slightly better. The Hercules is listed as being 1675hp at 2900rpm, at 4500ft. The Lancaster II, was reputedly better at ditching in the sea. Being air-cooled, the Hercules was less likely to suffer from overheating problems, resulting in possible seizure, or ultimately, an engine fire. 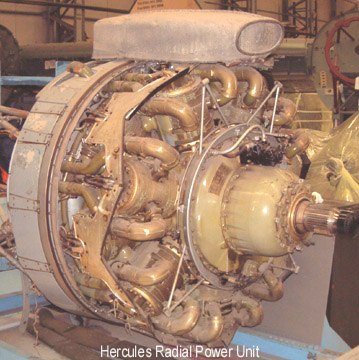 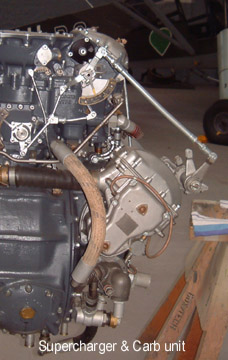 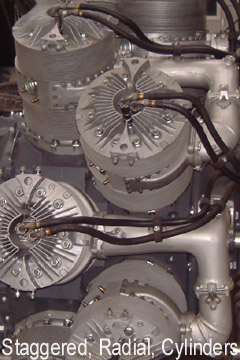 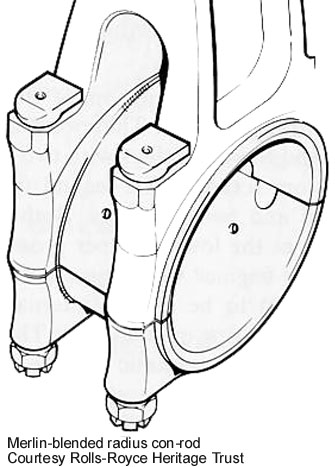 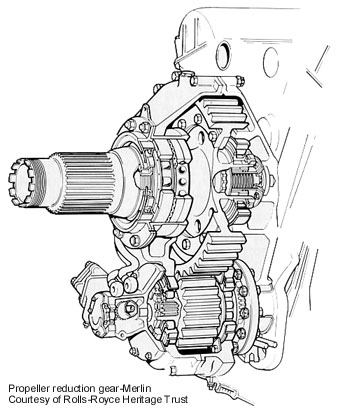 A good many racing car engines owed their true heritage, in part, to the
fabulous Rolls-Royce Merlin V12